Posted at 16:39h in Article by coolwater 0 Comments
0 Likes

Maybe about sixty years or so ago, there was an abundance of black newspapers, radio, and TV stations. Since the 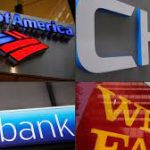 emergence of new corporate outlets like MTV, Vh1, Viacom, and other major corporate players, black media is now a dinosaur.

Banks like JP Morgan and Chase, Wells Fargo, and Bank of America are the new corporate money lenders. Sometime around the early 1920 and 1930s, there was a plan to take over media in all sectors. Black and white media was on the list to be dominated and controlled.

The black community may never get their own social media platforms large enough to make an impact. All major black-owned media outlets now are being controlled mainly by  white corporate interests.

Vibe Magazine, The Source, Jet, Ebony, and other magazines have been infiltrated by outside corporate interests. The black community is now fed by a machine of corporate interest who gives you a steady diet of misinformation that they control. Black community news is being filtered through someone else’s lens that doesn’t look like you.

The next time you read a black magazine or a black newspaper, just know they may not really be black-owned.