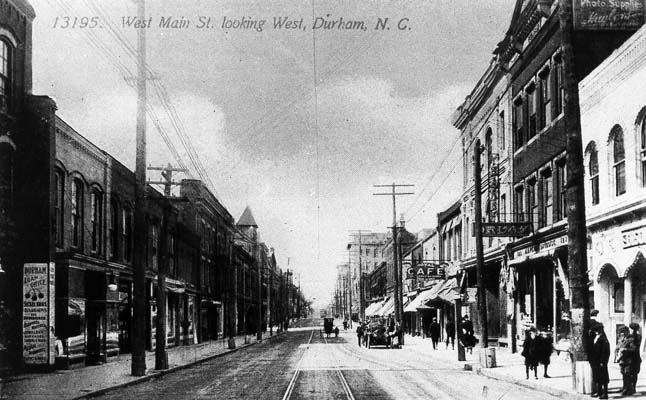 28 Sep Who Killed The Black Entrepreneur

Posted at 13:53h in Article by coolwater 0 Comments
0 Likes

As far as I know, the Black entrepreneur came into being as a necessity after the Civil War and the legalized end of slavery.  Segregation was still the law of the day; Black people had no choice but to deal with each other. After some time, there were thriving Black communities across the US that prospered but get excluded from the history books.  A lot of times they managed to open and sustain businesses on minimal educations, which was both a blessing and a curse. The drive was stronger, hungrier and more creative because of the lack of formal education, but nothing trumps common sense.  The curse was that when it came to legal disputes and dealing with the system, then Black business owners were at a disadvantage without a formal education. History ignores that there were more than a few successful Black business communities. Some were physically attacked if/when they began to outperform their White counterparts, but those managed to either rebuild, or even if they were scattered, take the knowledge with them and start again somewhere else.

In those times, they would have gotten little to no favoritism, and I can imagine at times, life was hard.  Somewhere along the line, the promise of integration was offered, and this appealed too strongly to too many Black people that still had broken psyches.  Around this same time, “civil rights” became a hot issue; in hindsight, I believe it was misguided. To quote a good friend, “we were fighting for civil rights while everyone else was getting their shit together.  In the end, all we truly got out of it was civil service jobs.”

Dr. Claude Anderson explains that you can’t pass down things like a job or a degree, intangibles.  You can pass down businesses and land, tangible assets with tangible values. At the time when we should have doubled down on investing into ourselves and tangibles, the need to be accepted became stronger.  This is where your Black entrepreneur began to die, at home, with no one to support them. People, especially Black people, still don’t understand intangible things like a job can be cancelled, moved or obsoleted.  Example: how many people even know how to service a TV with a picture tube (the big back joints)? Even if you earned more money at a job than from a business, if you never re-invested that money, at the end, you’re left with a bunch of material things that are probably useless, and then you don’t own the place where you lie or the storage you have to pay to keep them.  We went from the happy to have a job culture, which worked for a while, and then by the time Black men established enough seniority on the job to hire a son, nephew, neighbor’s kid, etc. (another intangible), those jobs got shipped overseas (same thing with the Affirmative Action argument: AA was created to help Blacks in particular catch up with generations of being locked out of the educational system by force.  By the time that would have turned into tangible results, AA slowly started being dismantled as “reverse racism”).

Now you have a bunch of unemployed Black males, mostly discouraged from entrepreneurship by their parents, no jobs, then suddenly the community gets flooded with cheap bulk cocaine.  In a sense, back to entrepreneurship, but now it’s an entrepreneurship you can be locked up forever for. And then the job holders low key don’t respect the entrepreneurs, even if the entrepreneur is making more money, example, some of our brothers and sisters that are good and consistent with hair are clearing 100K a year.  But you won’t find them invited within Boule society, even though the Boule person may only be bringing in 40 – 50K in the same year. We’re still too much of a head case when this is a game of economics, period point blank. Now, the whole vibe of Black parenting is push your child out to go get a job, not keeping in mind the people they have to ask for a job probably don’t want to hire them, even if it’s not racist, just that they only have a limited number of slots they most likely want to use to hire their son, their nephew or niece, or a neighborhood kid they know is good at a certain skill.

Actually, once given the tools to build your own establishment, discrimination in hiring practice should only be illegal in government jobs, since a government should by rights be a reflection of the community it serves (Ferguson, MO).  We’re literally out here like well-dressed beggars in the mind, believing we’re owed a job from a stranger. From the side of the fence having been an entrepreneur, I know personally it’s annoying to be approached by someone with the mindset that you OWE them work you may not even have or they may not be qualified for.  Example: what I truly want to do is real estate speculation, which is investing time and money into identifying future hotspots where activity will be taking off, but within my own community, almost every kind of attempt (shaming, strong arm, “gas lighting”, sabotage, you name it), has been made to get me to turn speculation into a handyman/construction company.  Only a handful have approached me with the mindset of seeing what I’m doing and how they can come up with a business that helps me be more productive. I have to call it a matter of mindset, because I see the Latino community, with less education and not even having mastery of the language coming up with ways and businesses to help each other grow. Now, re-wiring this thinking is more essential than ever, as basically we are here as a stranded, unnecessary labor class.  Simple common sense is no one is going to hire you for a job they don’t even need anymore. In my opinion, the Black entrepreneur was killed from within, believing a shady promise from without that never materialized.