Posted at 19:47h in Article by coolwater 3 Comments
0 Likes 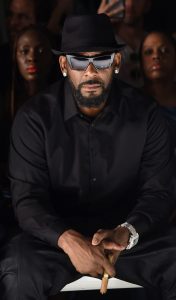 of sexual misconduct. Kelly is charged with racketeering based on sexual exploitation of children, kidnapping, forced labor and Mann Act violations. R Kelly has been held in federal prison for the past two years. He has since incurred some serious issues from losing major weight, and being attacked by a gang member.

Kelly’s attorneys claim the video shows the attacker “roamed a great distance within the MCC before carrying out that act, without any opposition. It is undisputed that, as a result, Mr. Kelly has suffered significant physical and psychological injuries.” CNN

R Kelly One of The Greatest Singers of Our Time

R Kelly, one of the greatest singer song writers of our time may be going to jail for life. As the trial goes on, ugly allegations of sexual misconduct and abuse, on the part of Mr. Kelly comes to light. What could make a man do such evil things? It has been rumored that he was molested as a child, could this be the case? Child abuse is a serious thing for so many adults.
R Kelly started his music career back in 1992. He was part of a group called Public Announcement. The group released their debut album Born Into the ’90s. They found immediate success, but after a few years, the group disbanded due to rumors of R Kelly sleeping with Sparkle, Earl’s wife, a member of the group at that time. Kelly was known to be sleeping with any woman whose album he was working. The music business is a very dark place. R Kelly was in a dark place in the 90s.

The Music Business and The Occult

The occult, in the broadest sense, is a category of supernatural beliefs and practices which generally fall outside the scope of religion and science, encompassing such phenomena involving otherworldly agency as mysticism, spirituality, and magic. It can also refer to supernatural ideas like extra-sensory perception and parapsychology. – Wikipedia

Artists and entertainers of all backgrounds have some relationship with black magic and occult knowledge. They use sex, drugs, and black magic as a means of gaining power. Essentially, praying to Satan, if you will, for worldly fame and fortune. R Kelly is among the world’s greatest entertainers. Did he engage in the dark arts to sell millions of records? Or did someone engage in dark magic on his behalf? Sex, drugs, and sadistic behavior are part of the music industry.
The music industry for many artist is a form of power and control of their fans.

Power and The Untouchables

The more powerful R Kelly became the more power he had over his alleged victims. Sex magic and sexual rituals are desired forms of behaviors one may use to manifest their intentions. Were these young girls used to help Kelly stay at the top of the charts? Did these young girls get turned on to sexual rituals to help them obtain, or try to obtain what they wanted from the industry? Is R Kelly being on trial for sexual misconduct part of the industry’s normal behavior?
Recently, another underground celebrity allegedly got charged with sexual misconduct. Allegedly, Brother Polight got charged with the molestation of a fourteen-year-old girl. His girlfriend’s daughter to be exact. Polight made bond and is now free. Rumor has it, that this is not his first time being charged with sexual misconduct. People all over feel like he is part of the untouchables. Children seem to be a priority for folks who do rituals to obtain power and wealth. The pure clean energy of children is needed to fulfill these rituals. However, Polight has yet to be charged, so only time will tell.
Kelly seems to have forgotten his past deeds. Karma is real. The roosters may be coming home to roost during the trial. He slept with a lot of underage girls during his music career. The movie, Eyes Wide Shut, with Tom Cruise, is a movie about powerful people having orgies and doing some sort of sexual rituals. Many people liken Eyes Wide Shut to the entertainment industry in Hollywood.

R Kelly is in a world of trouble. However, only time will tell if he gets off for the charges against him. The world of entertainment is an evil one. Only the strong will survive playing in the devil’s playhouse. Sex, drugs, and occult behavior are nothing new in the industry. People having been doing rituals with children for years. The problem is only a few get caught.
Bill Cosby, James Winston, congressman John Conyers, Cuba Gooding Jr., Russell Simmons, and others have all been thrown under the bus for sexual misconduct with women. The entertainment industry is being exposed to the public. Time will only tell if others like R Kelly come to light.