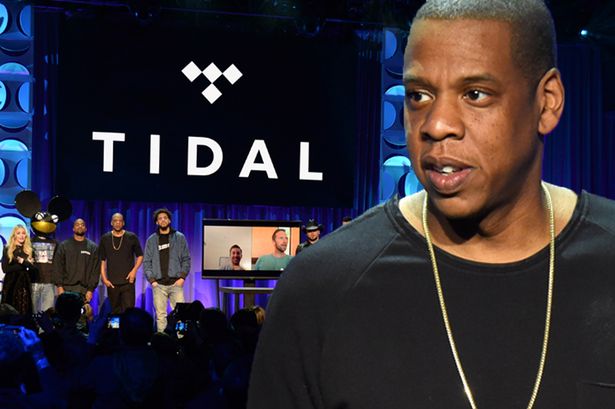 28 Sep Jay Z and The Future of Tidal

Posted at 13:41h in Article by coolwater 0 Comments
0 Likes

The Future of Jay Z’s Tidal

Tidal, Jay-Z subscription-based music service is a perfect combination of the best audio and HD definition music videos. It has about 85,000 music videos and 25 million tracks. It even pays the highest royalties to the music artists and song writers.
The owners of tidal include Jay-Z himself, his wife Beyoncé, Kanye West, Rihanna, Prince, Jack White, Allice Keys, Usher, Nicki Minaj, Chris Martin, Jason Alden, Arcade Fire, Madonna, Daft Punk, Deadmau55, J. Cole and Calvin Harris. Some consider Tidal a boutique business as it has the potential to reach the audience goals in an easy and modest way as compared to competitors like Apple music and Spotify. However, there are others who have the opinion that Tidal has blown up a lot of opportunities and it has taken a couple of high profile PR missteps.

Does It Have Any Future?

So the question is, does Tidal have any potential of being the big business in the market? Can it make Jay-Z a billionaire just like Mark Zuckerberg, Mark Cuban and even Steve Jobs? I think it’s possible for Jay-Z to join the billionaire boys club. But how is that possible? Most of the experts agree that the company needs a strong management. Currently, the reps of Tidal have declined to tell about the management structure. We have heard from a number of industry sources that the company has poor communication and little interaction problem. Jay-Z is a writer, artist and an executive so he knows all sides of the game.

There is a dilemma here. Most of the owners in the company are black and sadly, it hasn’t been able to attract more investors. It is believed that this is an act of racism as nobody can stand seeing a black person become a billionaire. Yes, we all agree to the fact that while people don’t really allow the black people to hold major real assets.

Is Tidal Selling Out?

According to the wall street journal, the CEO of Apple has considered making a bid for Tidal. Hold your horses, Jay Z has not yet sold the company. They are making negotiations about the selling. The Wall Street Journal has reported that although talks have been going on but it may not lead to anything serious. Remember how Jay attempted to sell these services to Napster but the deal didn’t go anywhere?
Tidal was supposed to be bigger than Jay-Z himself. It is all about giving artists a slice of the cake they deserve. If Tidal is sold, Jay is not just going to give his own music in the corporate hands but is also going to be having over the music of other artists and these were the artists who believed that Tidal is the best platform to get a fair cut. That’s why this deal is going to be forcing massive negotiations between the artists and of course Apple.

It is an uphill battle for Jay-Z and Tidal. We all know that this black businessman is not a heartless capitalist so let’s hope for the best!